It's been nearly a year since I installed the lift kit on the FJ. After accumulating about 5000 miles I have finally narrowed down what driving behavior the truck exhibits that I can tolerate and what needs resolve. As our family situation is changing a bit (IE full-time daycare for two kids is painfully expensive) we have decided to return the FJ to daily duty for my wife as we can't bear to part with it, plus its paid for, and sell of her current car instead.

This decision has pushed me to move forward. Since the lift we have noticed the FJ wanders a bit at highway speeds. Not terrible and completely manageable behind the wheel but it requires one to continually make small corrections to stay in ones lane. As I studied and knowing SPC control arms should have given me all I can get up front I looked to the rear end. I knew the axle would move to the passenger side after the lift given the geometry though I had never measured it. It turns out it was 3/8 of an inch off center. Not a ton but enough to get the rear tires into a different rut on the interstate. Not to mention that when the FJ hits a bump the axle moves back toward center as the suspension compresses and then back off center as it comes back up. This creates a steering effect. This doesn't seem like much but when you consider that the rear axle now lives pulled to the starboard side and all of its movement is done on that side vs at stock geometry all movement is made within a small percentage of center the picture paints itself.

Next comes how to solve this problem. There are a number of adjustable panhard bars available for the FJ. The cost made me opt out initially as it seems like a hefty price for little gain. The other issue with only lengthening the panhard is the roll center of the vehicle is not fixed, and it does not return the panhard to be parallel with the axle as it is supposed to be. Thus raising the panhard mounting point on the axle seemed like a better option. A relocation bracket on the axle will restore panhard and axle geometry to near factory and is also cheaper than an adjustable panhard. The search began and I finally found the right thing after some extensive digging.

The Panhard Correction Kit from eimkeith.com 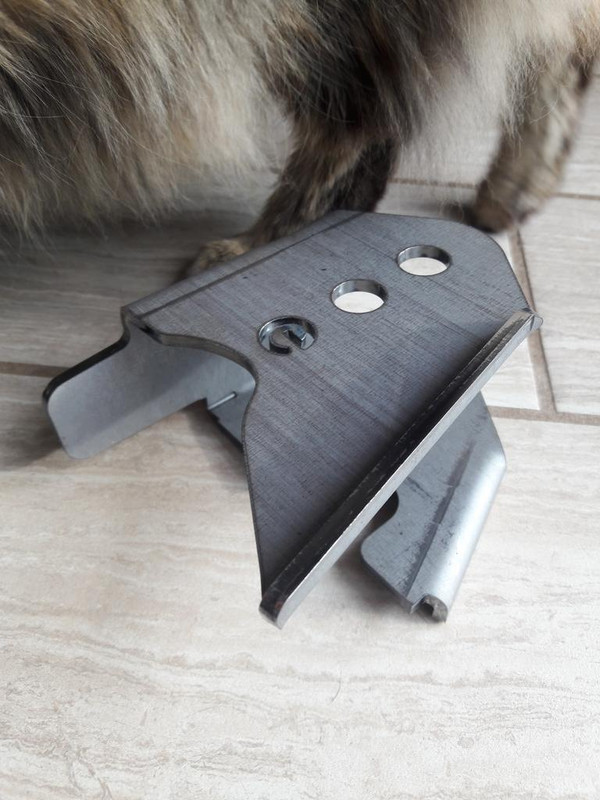 This bracket is awesome and has transformed the way my FJ handles at speed. Many thanks to eimkeith.com for this wonderful solution. The truck tracks much like it used too. I also was considering reinstalling the rear sway bar in preparation for the return to daily duty but with the roll center corrected the lean when cornering is significantly better. So much so that at this time I am going to leave the sway bar off.

Anyway onto the install pictures since that's what everyone is really here for anyway.

After finding a friend to weld the bracket I measured the door into his weld shop and realized it measured exactly the height at which my FJ sits... So I had this little ponder session with myself. "What to do, What to do... Take the roof rack off... Too much work. Let a bunch of air out of the tires... I'd rather not. What if I just squat the suspension a little bit." HaHa! So I stuck 340 pounds of water in the boot and managed to sneak in under the door header. Victory! 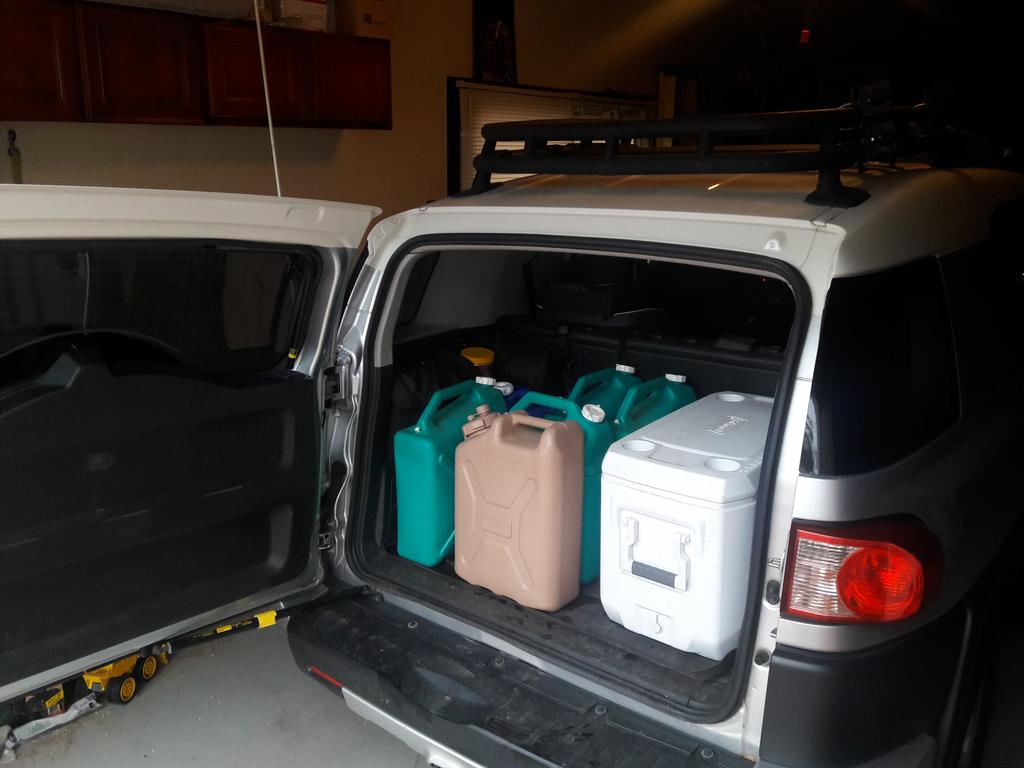 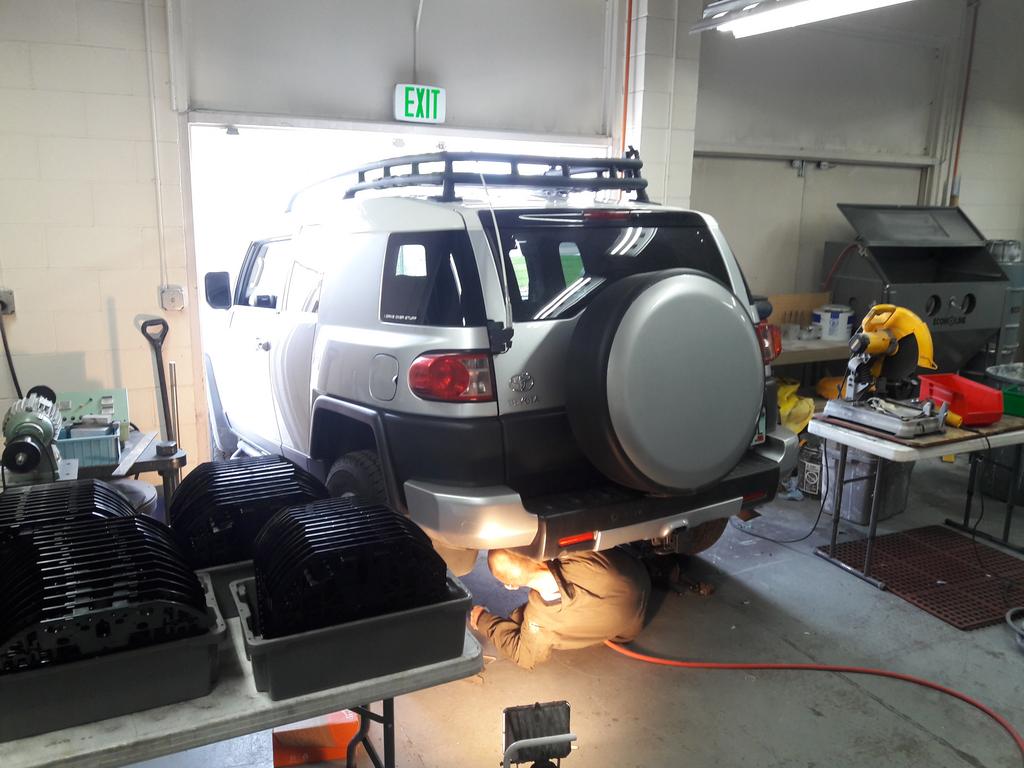 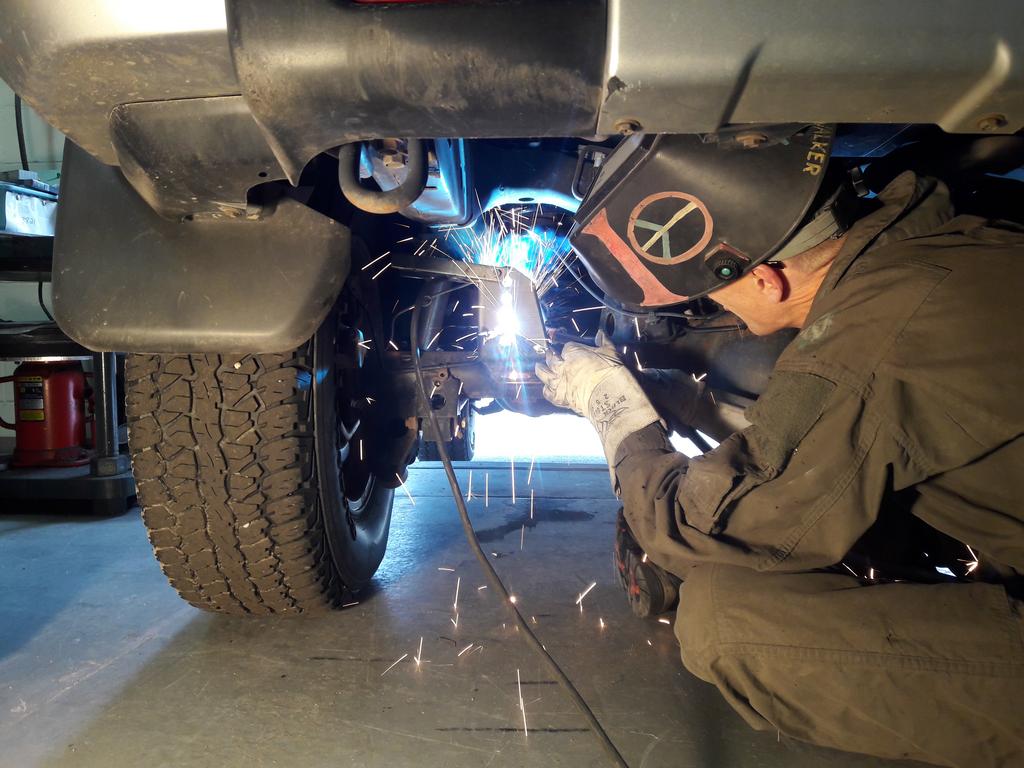 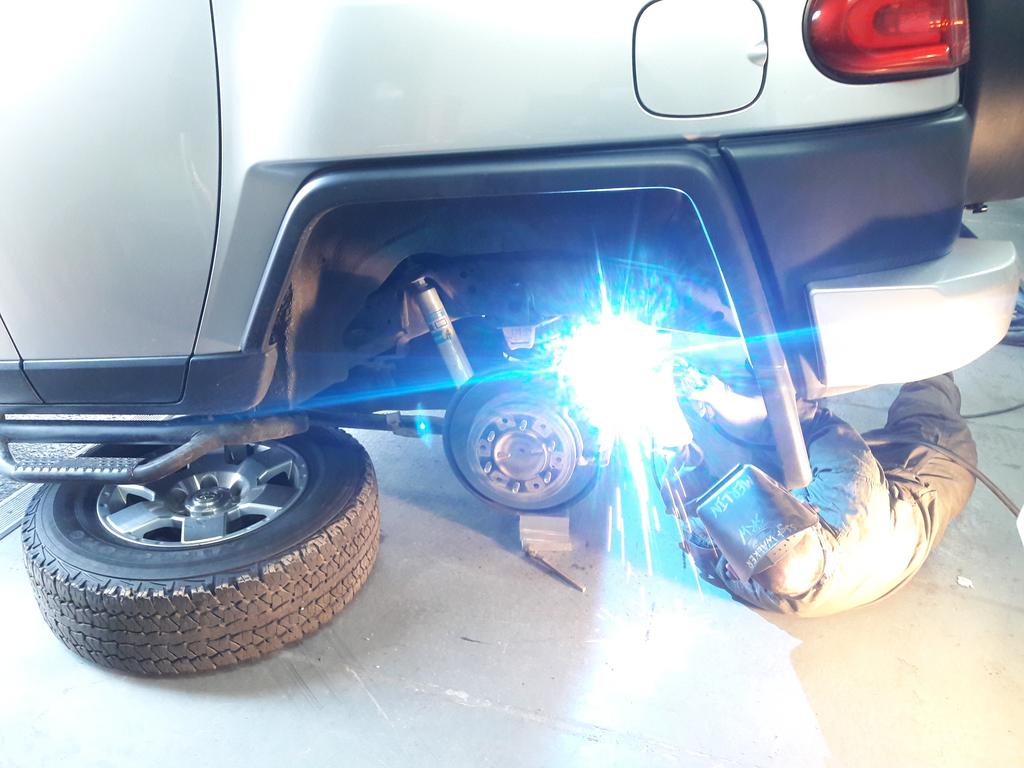 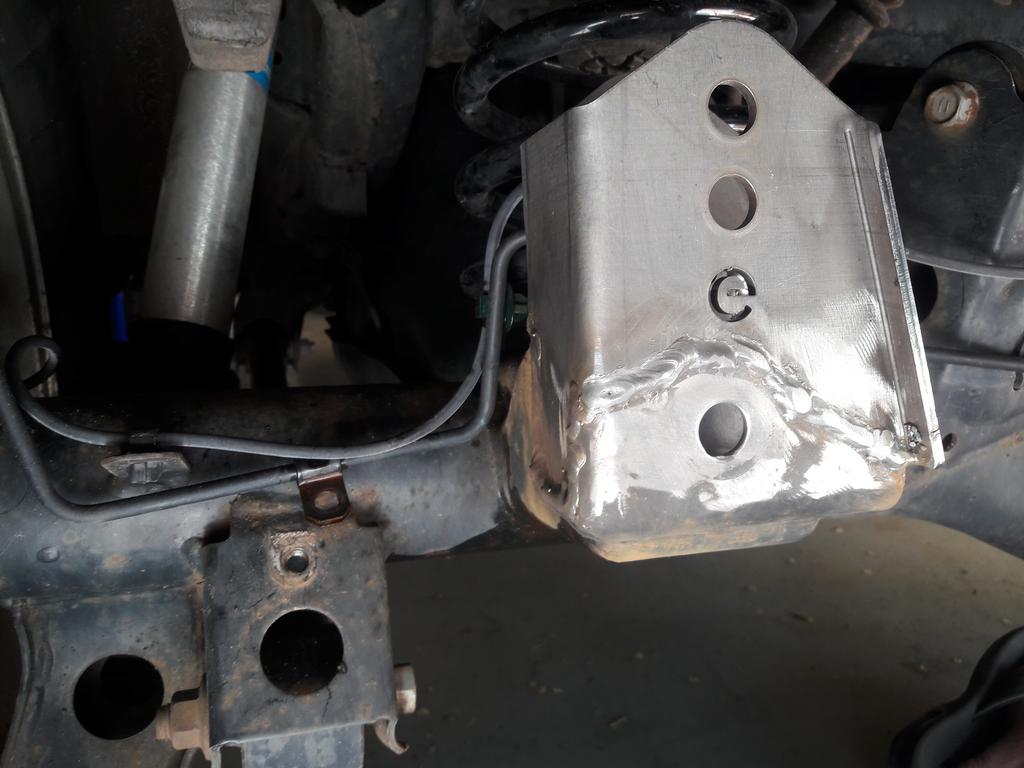 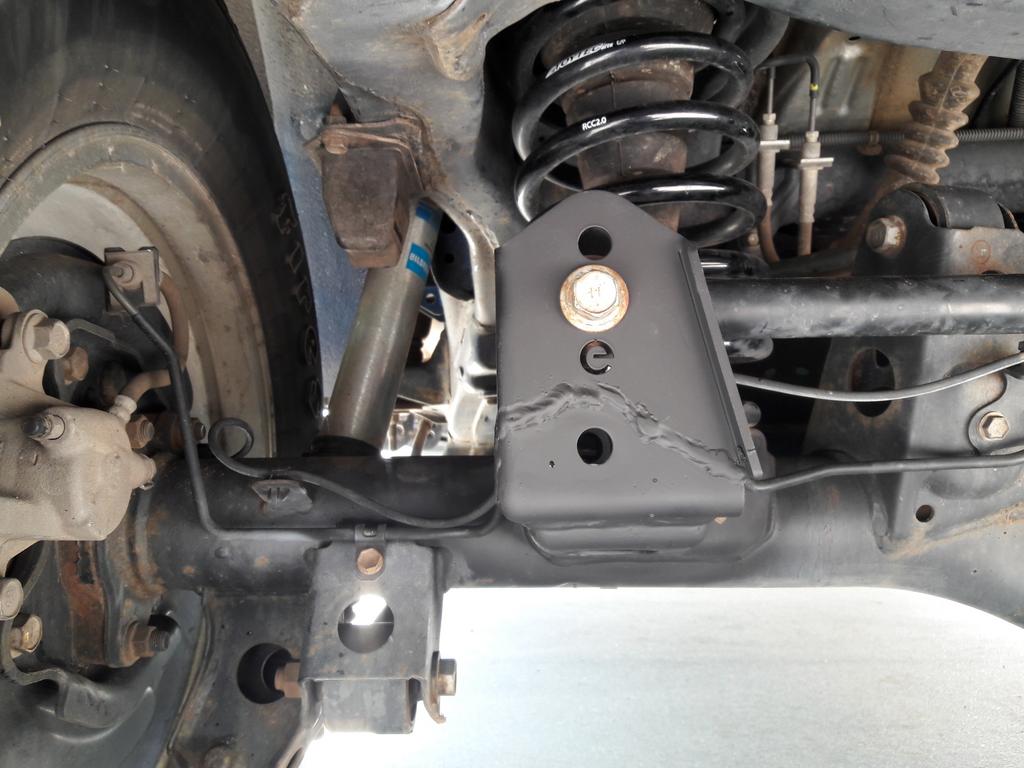 Testing out if it would contact the frame at full tuck. This proved diffucult to do without leaving my house as my boys were napping and my wife was out but I found a spot. Good news it doesn't. 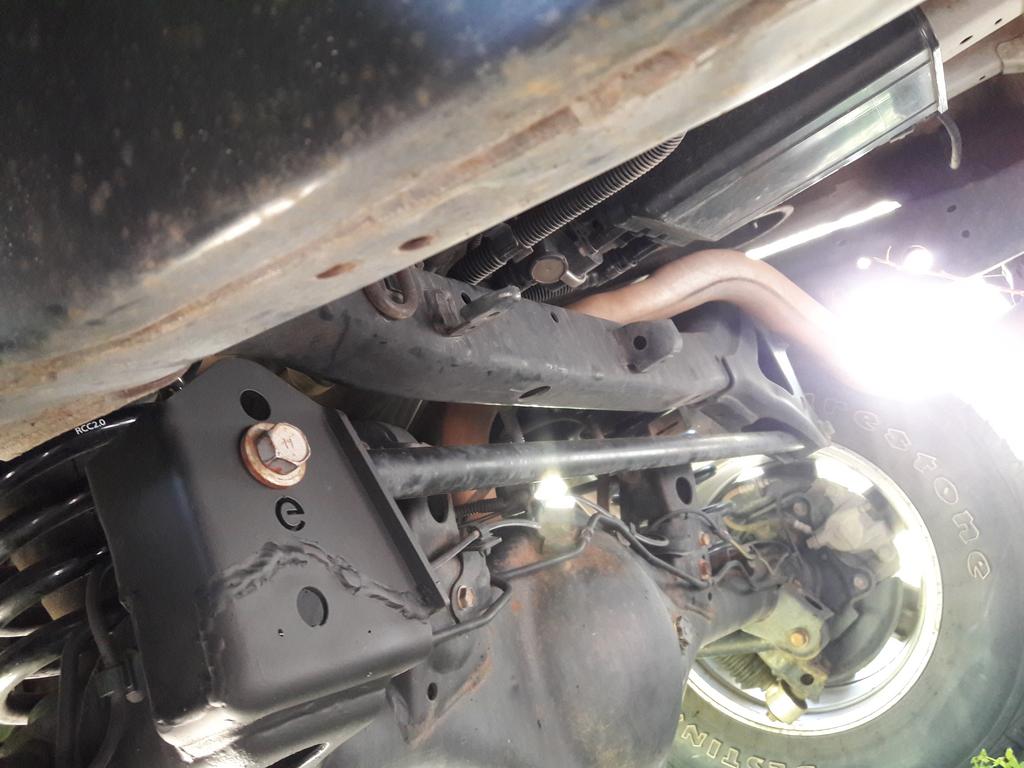 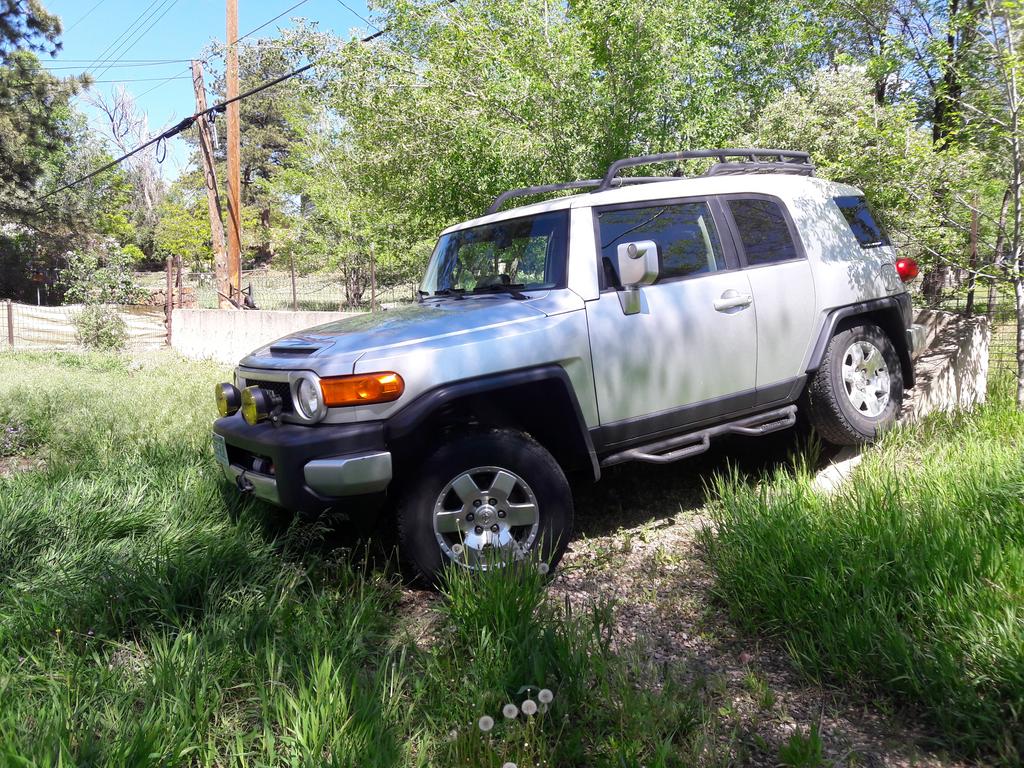 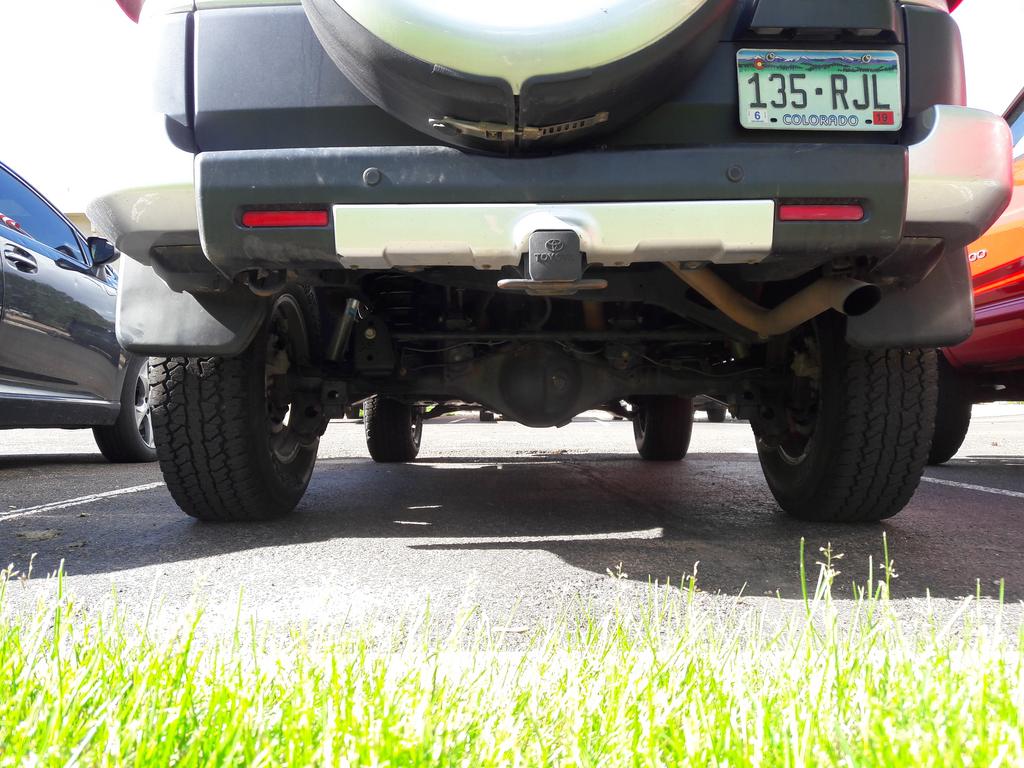 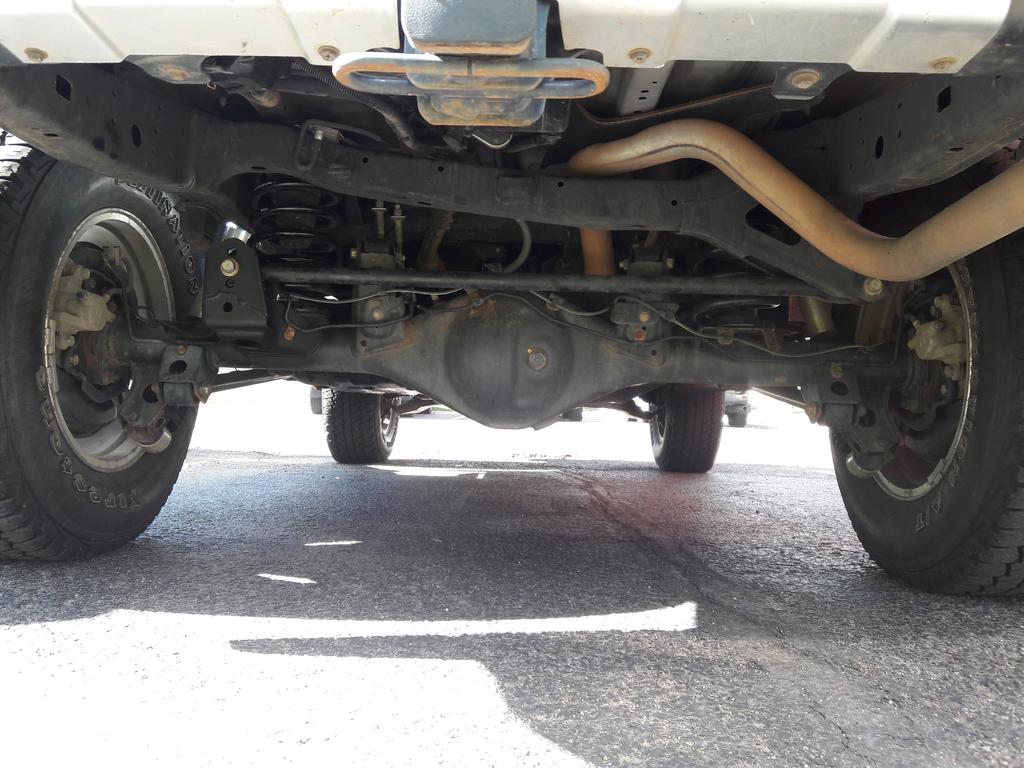 This last photo really illustrates how much has changed. Even though the ground isn't that level you get the picture. The panhard used to connect in the stock/bottom hole on the axle. Putting it at significant angle. Now at nearly parallel with the ground and axle; things behave like they should. With a bit of camping gear loaded it will be almost perfectly level. I highly recommend this PCK.
► Show Full Signature
Get Out There, Enjoy Life

Joined 9 mo ago
·
1 Posts
so glad you liked it!
► Show Full Signature
keith

(and GJ keeping the FJ even though having two kids, and dogs. It shows everyone it *can* be done.)
► Show Full Signature
Past: 2007 Black Diamond - totaled
Present: 2012 Trail Team Edition Radiant Red
@_thecraw

In the middle of August I was itching for new tires. I wanted to up size to 285s and as further justification I needed to put tires on it before winter anyway with its return to daily duty. The Firestone Destination ATs had served us well for nearly 6 years and countless miles but it was time. So I went ahead and got 5 new Goodyear Duratracs. These things are awesome! A bit louder and heavier, not surprising given the upped size and tread pattern change but really very well mannered. Very pleased.

First Couple photos are from a trip in September and the rest a fall trip in October before the snow came in. 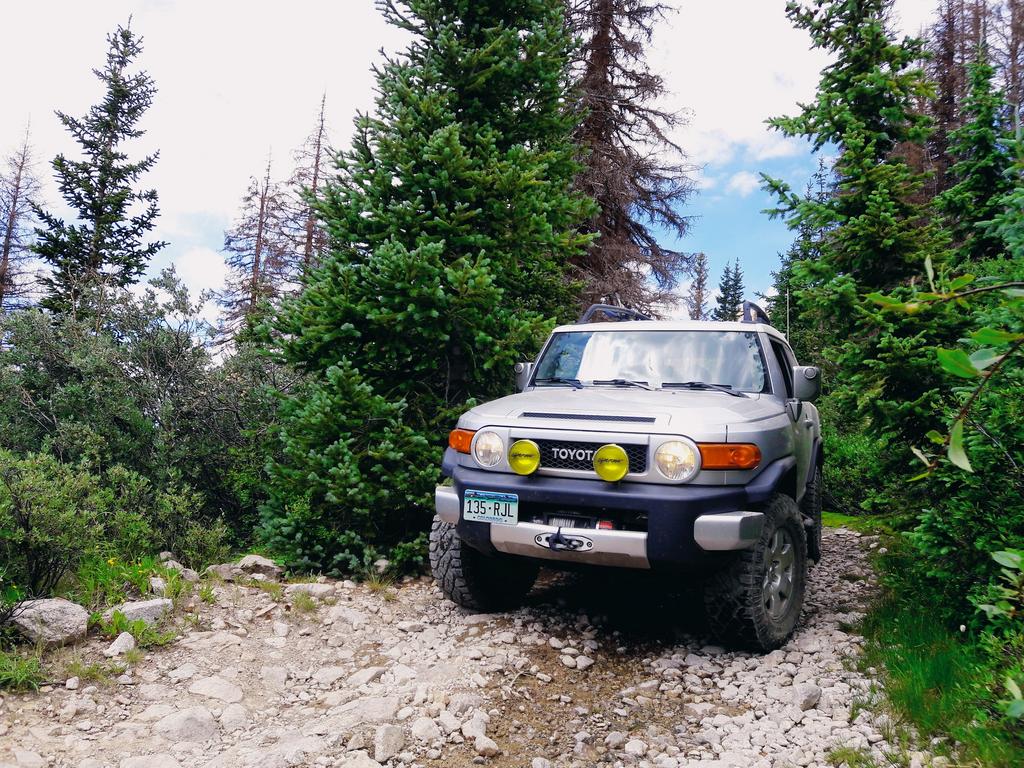 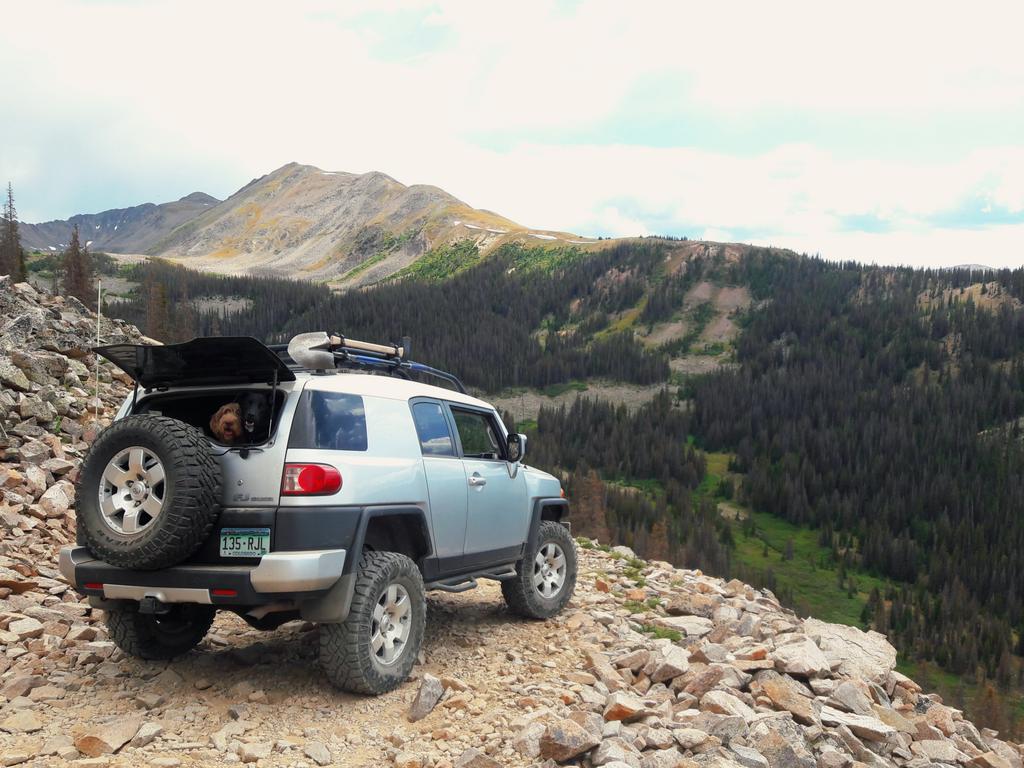 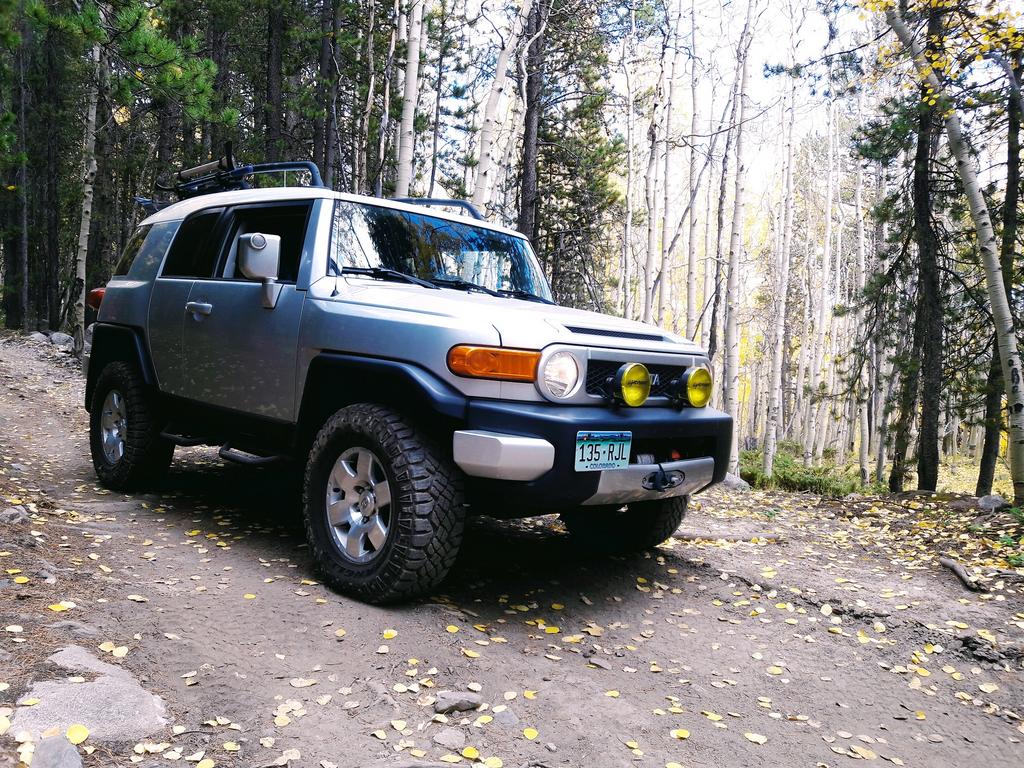 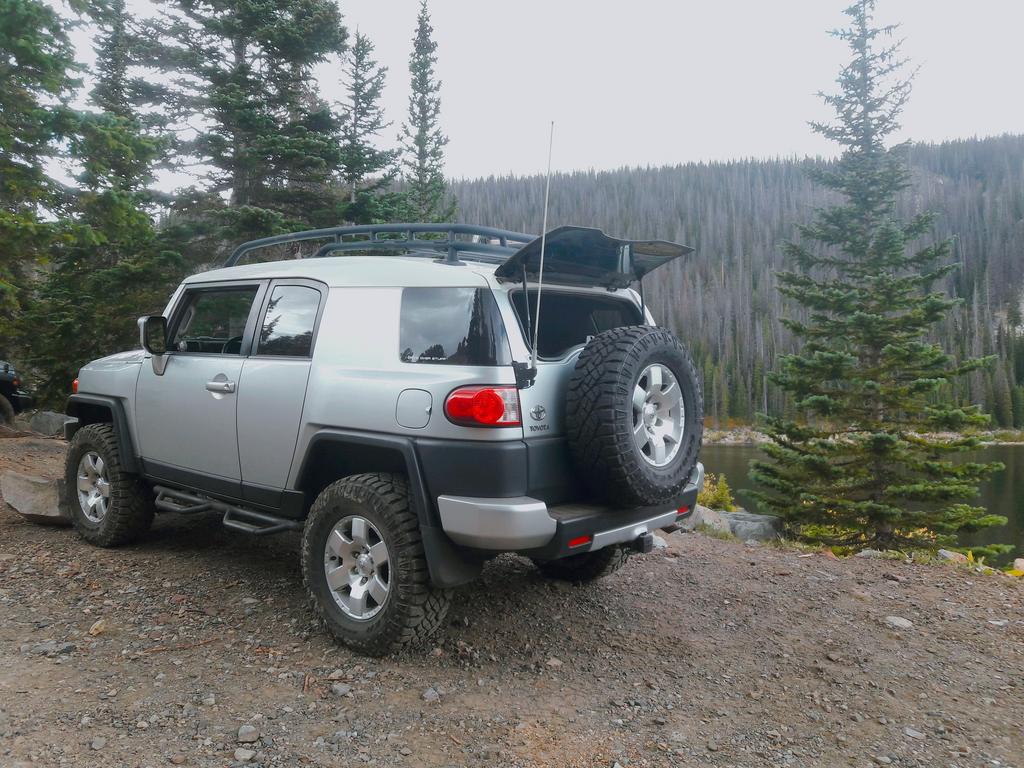 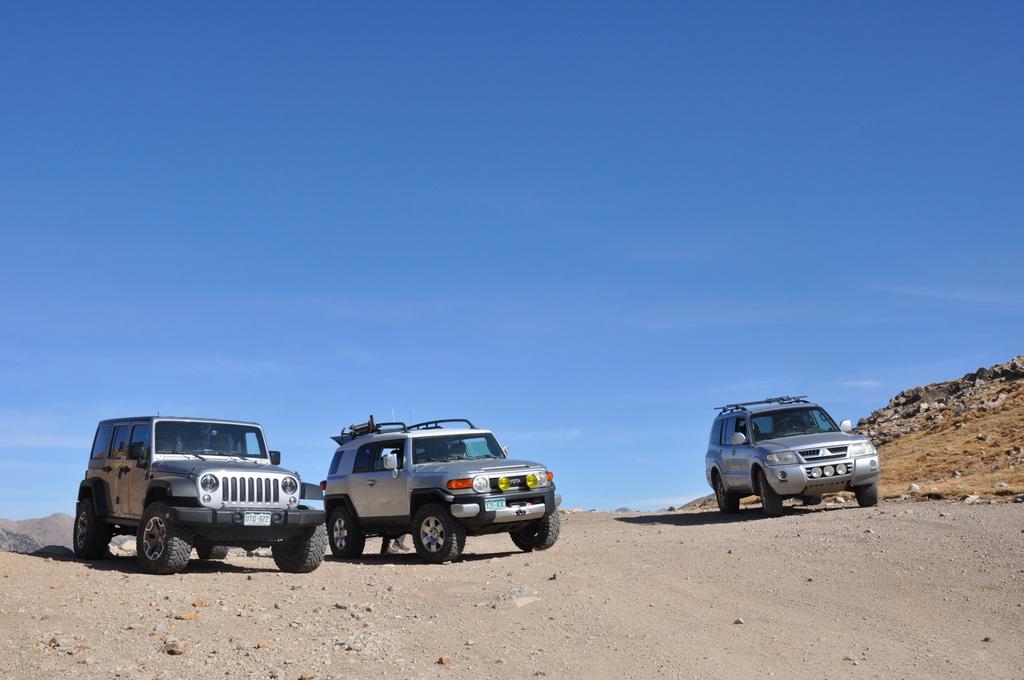 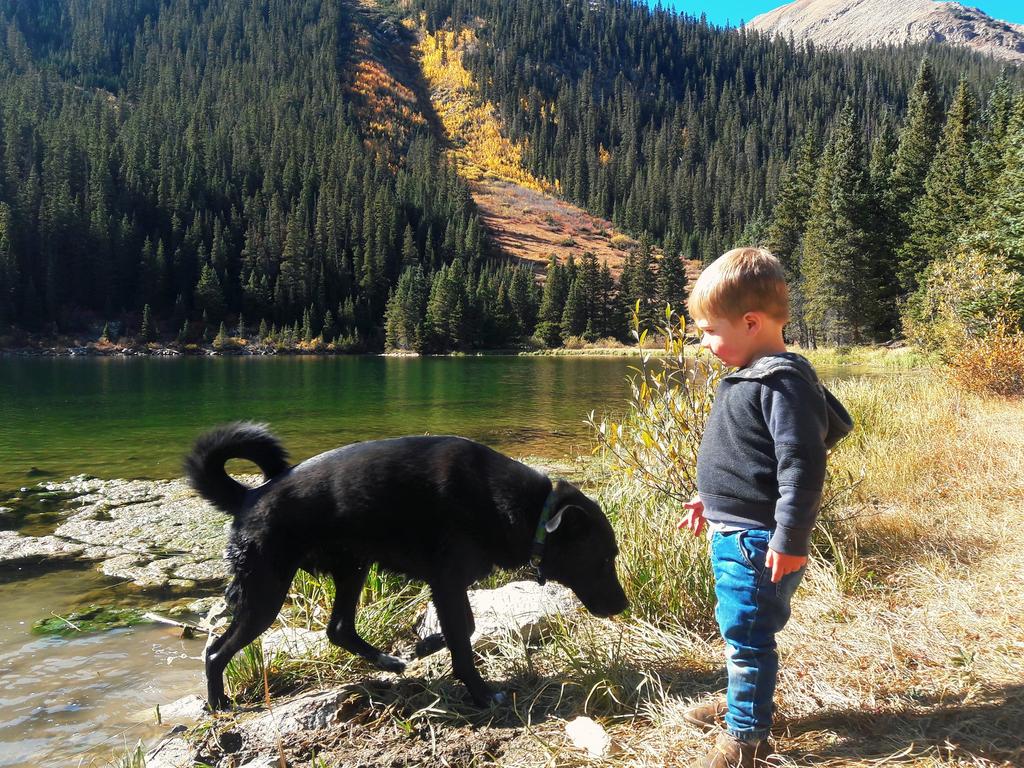 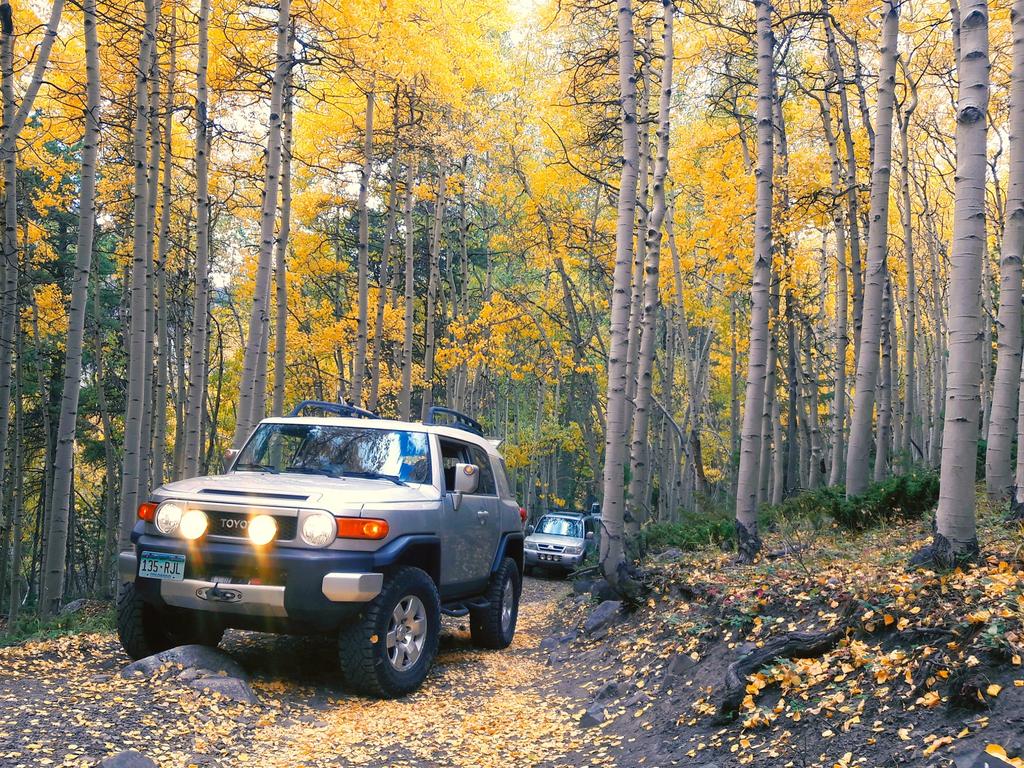