Would the mic from the bluefusion units plug directly into the HU?

It's for this radio, the Pioneer, not the JBL.

I'm on a desperate mission to make the Bluetooth work for this radio in my 2007.

I saw this after I posted, thanks. I'm pretty sure I have it figured out. In fact, I'm even confident that I can successfully add OEM bluetooth SWC to my already existing audio controls.

Joined Oct 7, 2019
·
80 Posts
Well, I decided to take the chance and order the steering wheel controls off eBay. It came with the controls for both sides, so I had to remove my already existing audio controls. I also ordered a microphone made by Toyota. I am proud to say that now I have fully functional factory Bluetooth for both calls and audio in my 07 FJ.
I've seen a few people on this forum say that you can't add swc to the 07 FJ's because the steering column isn't wired for it, but they are completely wrong. The controls didn't work until I hooked up the mic, then it all came together.
Keep in mind here that I'm using an FJammer from a 2012 model, so it has Bluetooth built in, I'm not saying I added it to the 2007 FJammer.

On a different note, the Pioneer unit from 2012 completely blows the 07 unit out if the water. It's louder, more clear and it really thumps the subwoofer. The 07 I could barely tell there was a sub back there.

Joined Sep 19, 2012
·
643 Posts
Congrats !!! Thanks for sharing .
Can you post the part number for the microphone you used - looks like the one for scion / yaris could plug into the back of the head unit.
Thanks 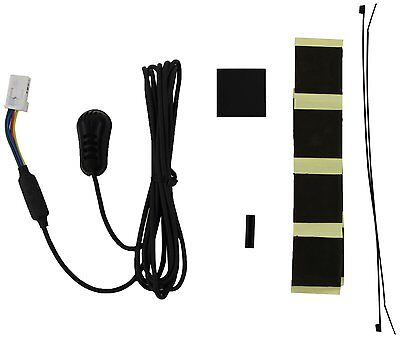 James Clark said:
Yes, it's the one that says for the Scion View attachment 1119517
Click to expand...

where did you mount the mic?

LoneStar-FJ said:
where did you mount the mic?
Click to expand...