Joined Jun 10, 2018
·
19 Posts
I'm looking for a set of TT Door Sill plates. Used would be OK if condition is great. In return, I have a set of TT floor mats that I'd trade, plus some extra cash from me. If the mats don't interest you thats fine, let me know what you'd like for the sill plates. I realize they're not easy to find - I've been looking for 2 years.

I'm also looking for the Dog Sticker in the pic. Its supposedly has a Toyota part number for the Japan market. I've found the sticker, but not been able to find a business who'd ship it to the US.

Thanks all for the consideration. 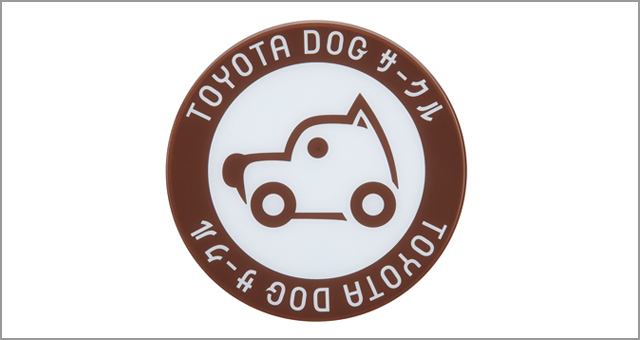 floppyD said:
Curious. What do the Japanese characters say?
Click to expand...

No clue. Not sure I want to know as it might kind of ruin it. Its actually for my wife's FJ, so unless its totally inappropriate, it doesn't really matter.

Joined Mar 22, 2008
·
56 Posts
My son, who takes Japanese in school, says it literally means "circle". But he says depending on how it is used it can be used to mean "circle of friends", "social circle", "club/group"....it is not an exact translation but you get the gist. So, no worries about offending someone.

You might be able to get a vinyl shop to recreate it if you really want one.


floppyD said:
Curious. What do the Japanese characters say?
Click to expand...

Joined Mar 22, 2008
·
56 Posts
You got me really interested in this dog thing.....
I found that Toyota had a secret dog site....http://dog.toyota.jp/ ... which seems to be offline....and in fact it was called the DOG CIRCLE.
There was an advertising campaign aimed at dog owners, similar to Subaru with their sponsor of the ASPCA.
Toyota Has a Secret Dog Website - has some of the story.
Here's the dog in the sticker transformed into an actual car- Toyota had stickers, leashes, dog wipes, dog carriers, etc with the logo on it.
Here's a link to some of the videos that were on the DOG CIRCLE site....https://www.youtube.com/watch?v=yNnSHyy1rSk
1 - 8 of 8 Posts
Join the discussion
Continue with Facebook
Continue with Google
or sign up with email
About this Discussion
7 Replies
4 Participants
Last post:
dragonbaby2k 7 d ago
Toyota FJ Cruiser Forum
A forum community dedicated to Toyota FJ owners and enthusiasts. Come join the discussion about performance, accessories, mods, troubleshooting, maintenance, and more!
Full Forum Listing
Explore Our Forums
General Discussion Introductions & New Arrivals Interior / Exterior Visual Tech Want to Sell (FJ Related Items) 4x4 / Off-Road Tech
Popular Communities